CTH has teamed up with giant pay-TV operator GMM Z to offer a new package of English Premier League (EPL) football called CTHZ with an aim to expand its subscribers. 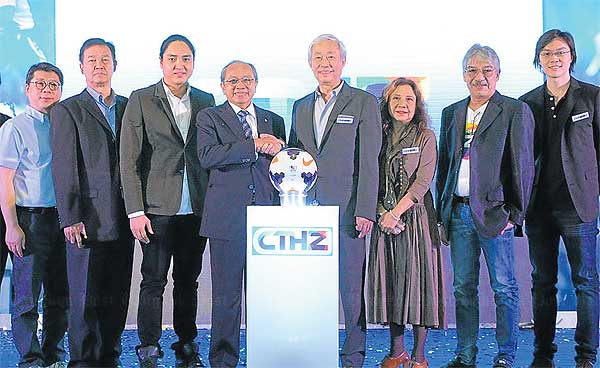 GMM Z will take care of marketing for CTHZ Premier League+ HD, which will charge subscribers 999 baht a month. Subscribers can watch six channels of EPL content and another 35 encrypted channels from Fox International.

The CTHZ package is expected to draw 100,000 new subscribers this year.

He acknowledged that the expansion of new subscribers via the cable system is more difficult than via the satellite system.

CTH is using a revenue-sharing scheme for the CTHZ package.

A CTH source said its EPL rights management has passed the halfway mark of the first season. However, its revenue missed its earlier target of about 3 billion baht by about 1 billion baht.

He said the number of subscribers was lower than expected, while the lack of efficient management in billing and collecting subscription fees handled by an outsourced firm was another factor.

However, the billing system was improved last month, the source said.

The source also said CTH will join hands with other satellite TV platform operators such as ThaiSat, LeoSat, DinaSat and Infosat.

CTH is not in talks with key competitor TrueVisions but is open to any revenue-sharing schemes.